Of course I built the ubiquitous CMoy. It added headphone capability to where it did not exist and surprisingly, it was a big improvement over various built-in headphone amps.

Encouraged, I built the PPA project with a Young-Jung power supply (from the same source, but now discontinued). The enclosures for both the amplifier and its power supply are from modushop.

On first power-on the amp oscillated at 12 MHz when connected to headphones. The oscillation was inaudible but clearly visible on a scope. A quick look at head-fi.org showed that PPA instability is not a new problem. I reduced the value of R11 (see PPA's schematic), which eliminated the oscillation and improved the sound. I replaced the recommended OPA627 with LME49710.

PPA is positioned as a high-end DIY headphone amp, and it is in this project that I felt how subjective "high-end" is. PPA is a nice amp, but a Musical Fidelity X-CANv8 simply blows it away. 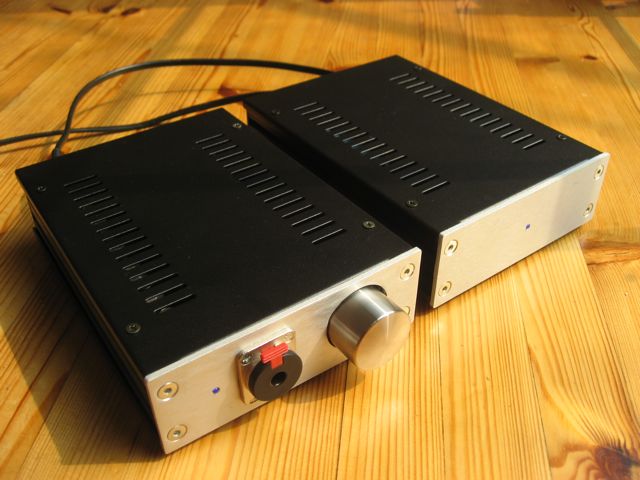 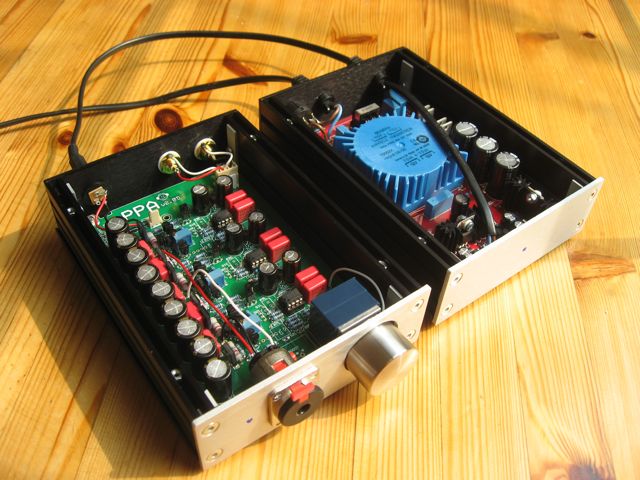 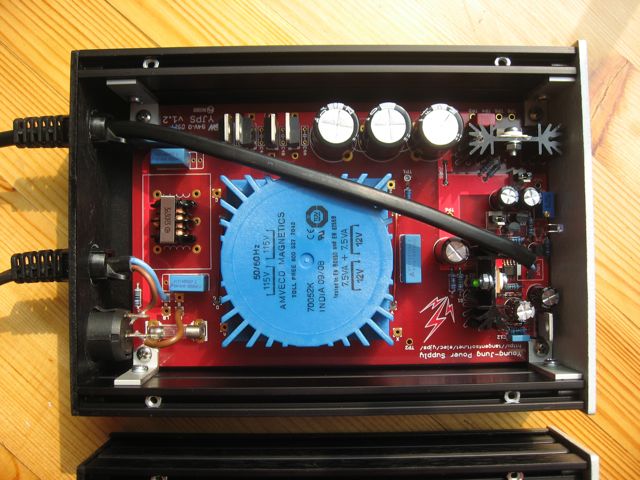 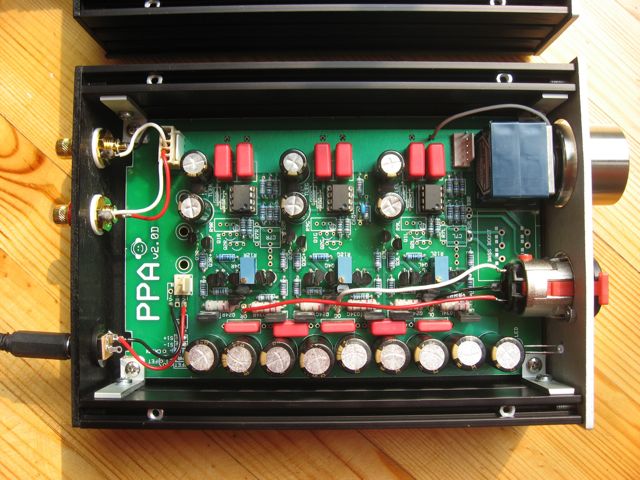 Email ThisBlogThis!Share to TwitterShare to FacebookShare to Pinterest
Labels: Headamp