I added a TentLabs XO2.2 low jitter clock and a separate power supply for it to my Exposure 2010S CD player. The process was very straightforward - see the pictures.

The Exposure 2010S CD player has an easy internal layout, where most of the components sit on a large PCB.

The original clock is based on the 74HC04N chip located in the middle of the PCB, to the left from the three white power connectors connecting the toroidal transformer. A close-up picture shows the crystal resonator wrapped in a black heat-shrink tube, two 33pF capacitors on each side of the resonator (those with black dots on top), and a resistor R75, which also serves in the circuit. The oscillator is built on the single invertor (pins 13 and 12 of the IC).

To install XO2.2, I removed the resonator and the capacitors, leaving the resistor in place. I connected the signal cable from XO2.2 to the pads of the capacitor that is closer to the pin 14 of the IC; of the two 33pF capacitors, it is the farthest from the front of the CD player. Then I glued the XO and the power supply boards to the right of the main board, closer to the front panel. I could probably drill the bottom plate and use screws, but I didn't.

The power supply is connected to the mains switch with two wires (red on my photo) that go along the front panel near the bottom and are soldered to the small PCB holding the on/off switch on the left side of the panel.

That's it! It took me maybe two hours altogether.

My impression is that with the XO, the sound became richer in details and more transparent, with better spatial resolution. Obviously, this is very subjective; no double-blind comparison could be performed on just one CD player being modified.

P.S. I also had to replace the "analogue output" double PCB mounted RCA connector, as its ground pin broke. I installed two panel mounter RCAs, seen in the photo. 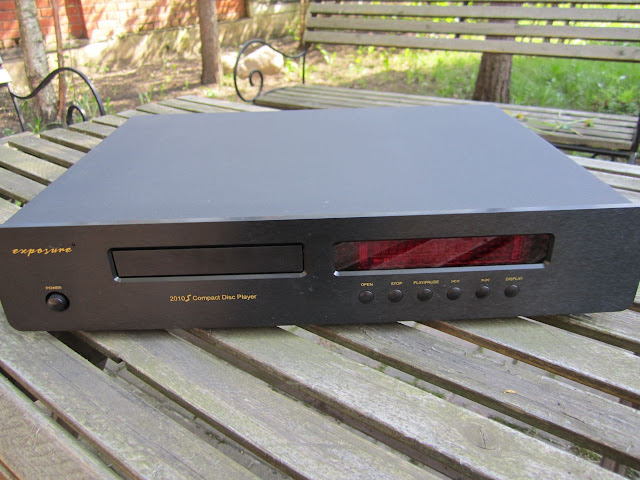 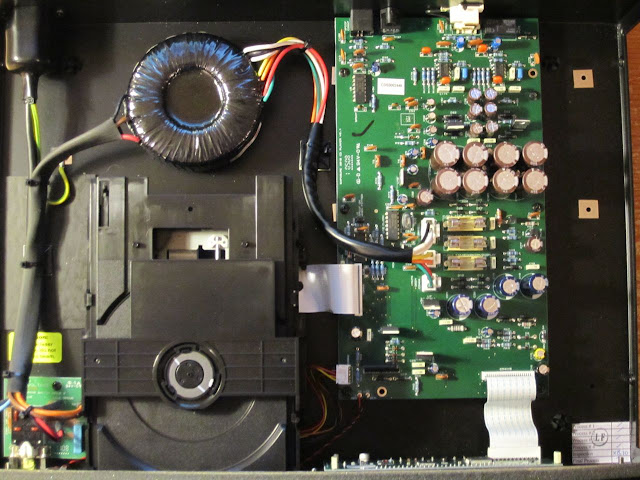 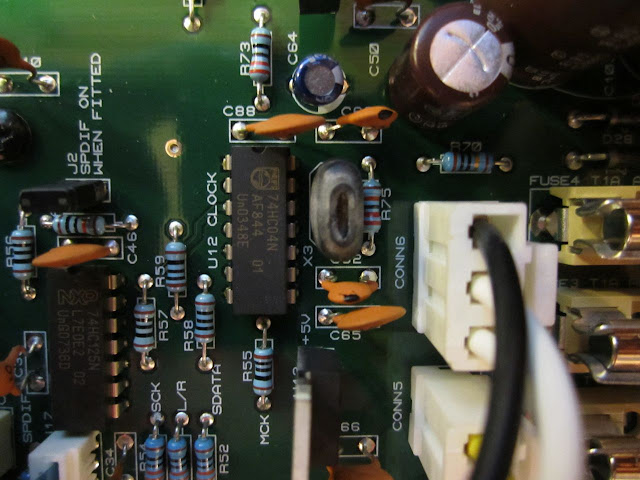 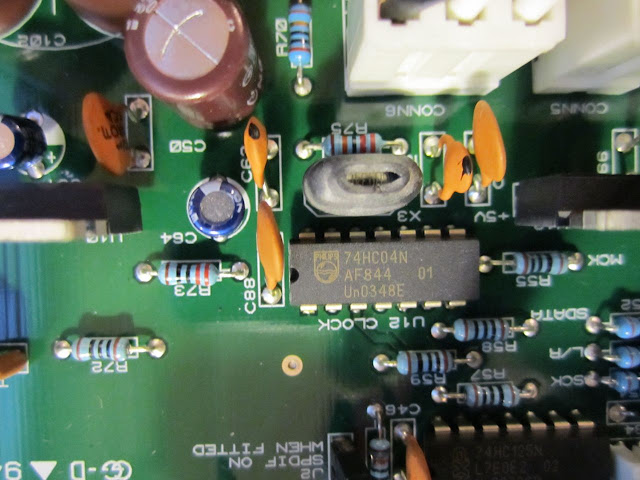 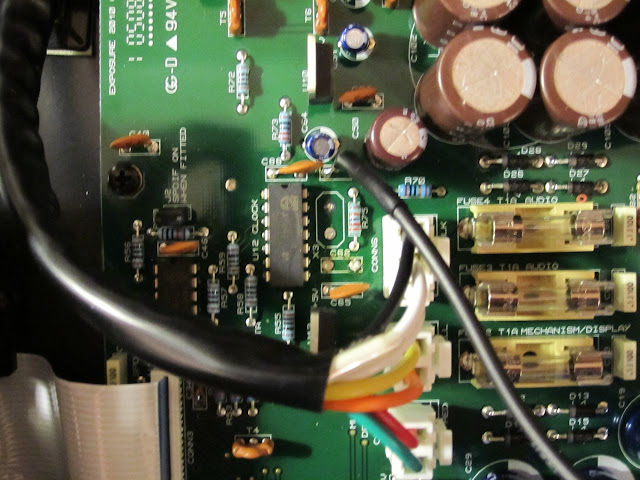 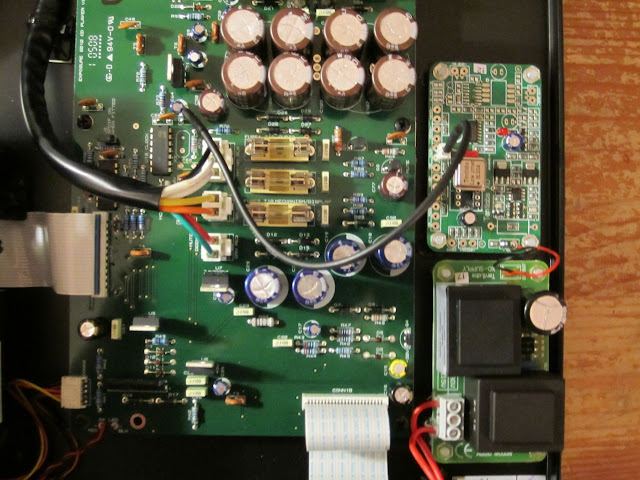 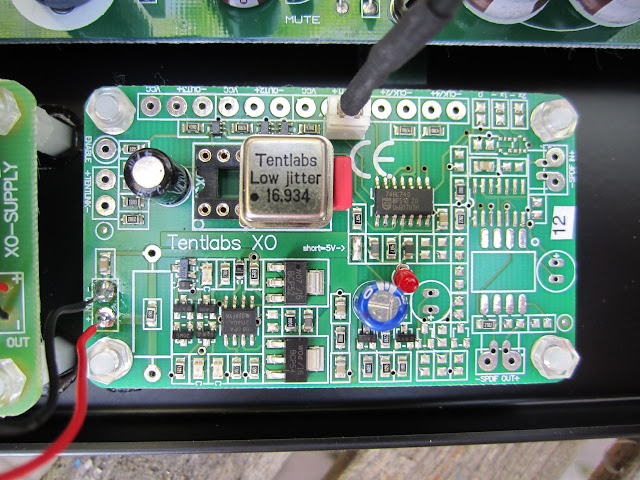 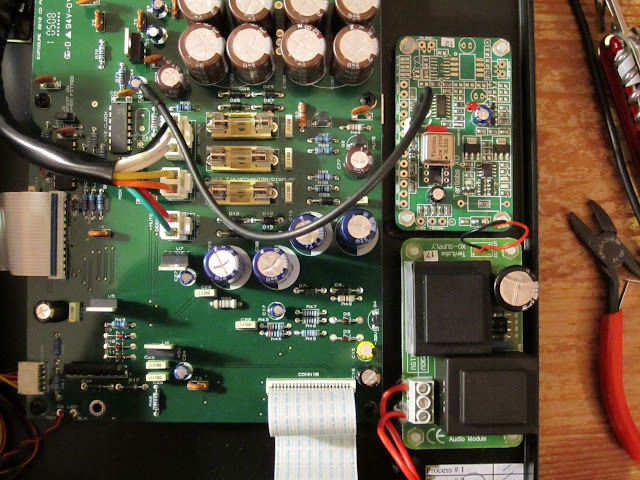 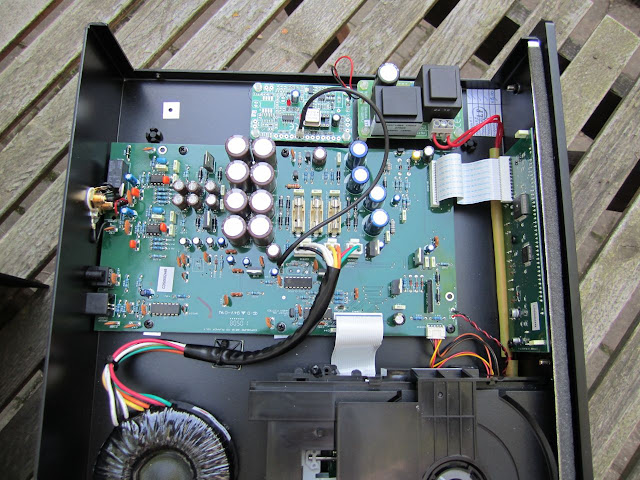 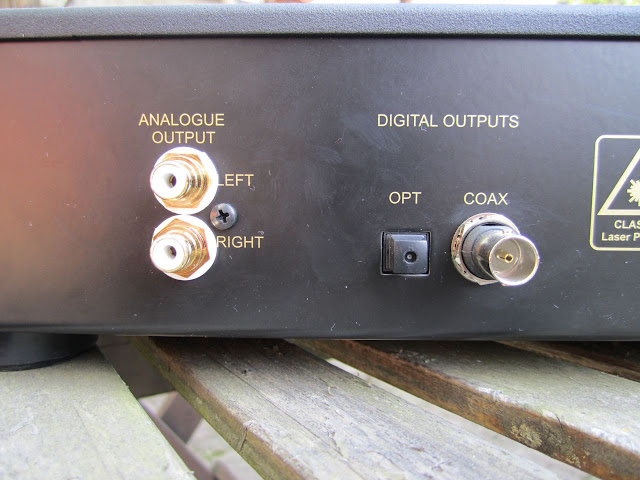